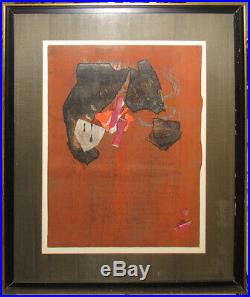 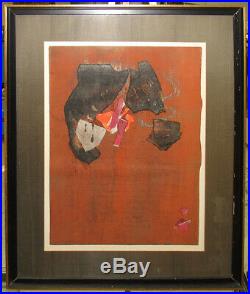 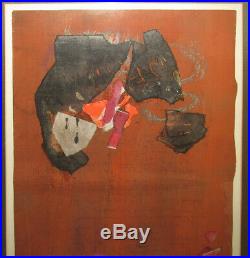 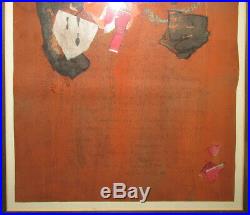 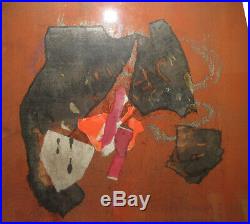 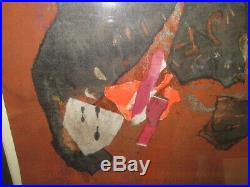 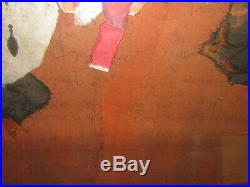 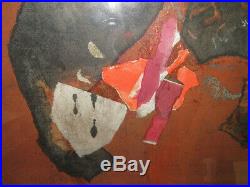 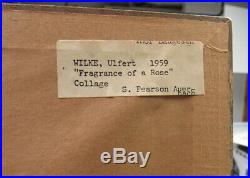 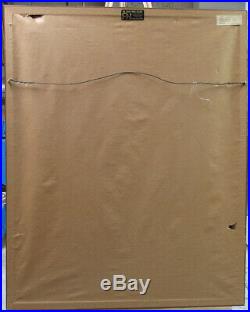 The following biography is from the Wilke website. Ulfert Wilke (19071987) was an internationally recognized painter, calligrapher and art collector connected to the abstract expressionism movement. He is best known for his large canvas paintings and highly detailed lithographs that were inspired by calligraphic writing. Wilke drew inspiration from written language, and much of his work was derived from his abstract interpretation of the shapes, colors and meanings of writing that he found in all languages and forms, including the poetry and ancient engravings of Asia and the Middle East. He was an avid art collector, particularly of tribal art, and was the founding director of the University of Iowa Museum of Art. Wilke studied art at Harvard on a Carnegie scholarship. Throughout the 1940s and 1950s, Wilke was an art teacher and director at several universities and museums. He received the Guggenheim Fellowship twice (in 1959 and 1960), which he used to travel to work and study first in Munich and Rome, and later Kyoto, Japan where he lived in monastery and studied Japanese Zen calligraphy under the monks.

He lived in New York at this time and worked as a professor at Rutgers University. This period defined Wilke as an artist, and it was during this time that he became connected to the great New York school of artists of the 1950s and 1960s. He maintained close relationships with many famed artist colleagues including Ad Reinhardt, Julius Bissier, George Rickey, Mark Rothko, Lyonel Feininger, Max Beckmann, Mark Tobey, Kenzo Okada, Robert Motherwell and David Smith.

Wilke had many solo exhibitions throughout the United States and internationally, and was awarded many honors, including an exhibition and award from the American Academy and Institute of Arts and Letters. His work is held in museums and collections around the world. This painting, titled "Fragrance of a Rose, " is signed and dated lower right. According to an exhibition brochure available online, the painting was exhibited at the Kalamazoo Institute of Arts oin 1964.

It measures 21.25" x 15.25" (painting size). The painting is also identified on a label on the back of the frame. Framed and matted as shown (frame has some nicks and paint losses). Please see my other auctions for more fine paintings and prints. The item "Ulfert Wilke 1959 Abstract WC & Collage Listed New York School Abstract Artist" is in sale since Tuesday, March 5, 2019.

This item is in the category "Art\Paintings". The seller is "kgrinder" and is located in Holliston, Massachusetts. This item can be shipped worldwide.