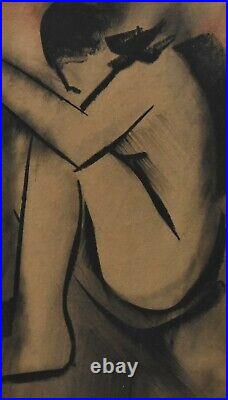 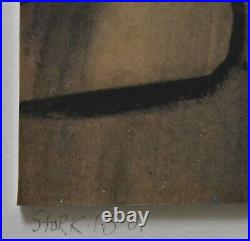 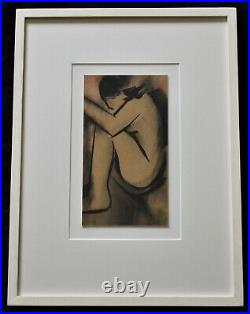 Thank you for visiting british ceramics and paintings. This is a superb Original Mixed Media Painting by Mary Stork. Mary Stork was born in Portsmouth in 1938. Stork studied at the West of England College. She studied further at the Slade School of Art, London where she won major awards.

At the Slade she met and married the West Cornwall artist Jeremy Le Grice. Mary and Rose Hilton became close friends of Stork. She became a member of the Penwith Society of Arts and also of the NSA. Stork moved to Penzance and continued to produce a steady stream of quality work, mainly mixed media (watercolour and charcoal) figurative pieces. Mary Stork died in 2007.

The item "Stylish Mary Stork Original Mixed Media Painting Figural Portrait Of A Woman" is in sale since Saturday, August 1, 2020. This item is in the category "Art\Paintings". The seller is "british-ceramics-and-paintings" and is located in South West England. This item can be shipped to United Kingdom.