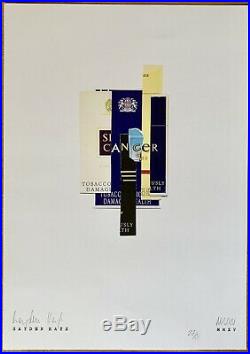 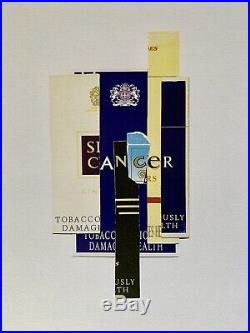 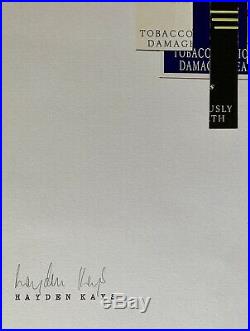 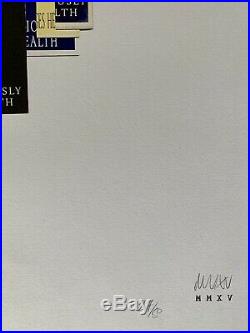 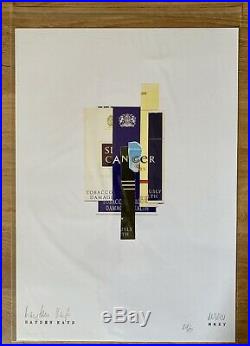 Beautiful lithography by Hayden Kays titled Cancer. Signed, dated 2016 and numbered 27/50 by the artist. Hayden Kays (born 1985 in London) is a British artist. He is influenced by the pop art from the'50s, but has most ties with street art. He often uses a typewriter (font) in his artworks. His works were collected in a monograph book in 2013, named Hayden Kays Is An Artist. In 2014, he made the cover art for rock bands The Kooks and the Tribes (band). Between 2012 and 2014 Kays illustrated an anecdotal column for Londons Ham&High, written by journalist Adam Sonin, based on English Heritages Blue Plaque scheme, called Behind Closed Doors.

The item "Hayden Kays Cancer" is in sale since Saturday, July 25, 2020. This item is in the category "Antiquitäten & Kunst\Kunst\Collagen & Mixed Media Kunst".

The seller is "urbanartandco" and is located in München. This item can be shipped worldwide.