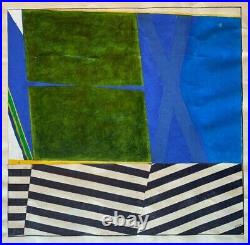 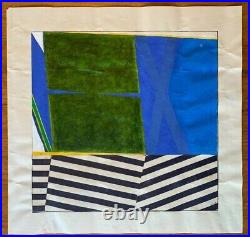 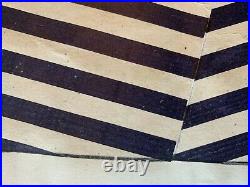 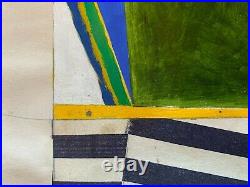 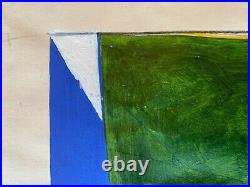 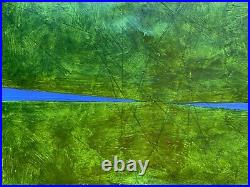 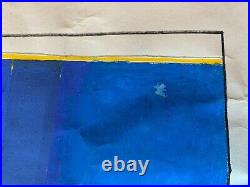 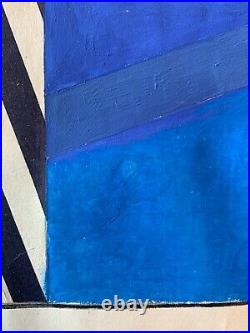 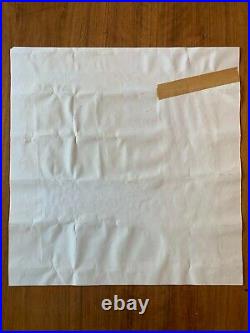 Mixed Media (paint, pastel, and pencil) on paper. (4 July 1936 - 7 May 2014) was an English artist. In 1964 he was one of the four found. Members of Birmingham's Ikon Gallery, one of the most important modern art galleries in the British scene outside London. Prentice's work features in the collections of the Victoria and Albert Museum in London, Birmingham Museum and Art Gallery, the Art Institute of Chicago, the Albright-Knox Art Gallery in Buffalo, New York and the Museum of Modern Art in New York. Prentice's early work, such as this painting, was significant in the hard-edge British abstraction of the 1960s and was well received at major institutions of modern and contemporary art. As the Guardian wrote in his obituary. Prentice had early success as an artist.

His paintings were bought by the Arts Council and shown at the Serpentine Gallery in London; and in the US, he showed with the Betty Parsons Gallery in New York and was bought by the Albright-Knox Art Gallery in Buffalo, New York. This was all good for the CV, but sales were few and far between.

This painting on paper was de-accessioned from the collection of the Bass Museum in Miami, Florida. It seems to be a sketch or study for one of Prentice's early large oil paintings, now in the collection of the Albright-Knox Museum (shown in final photo). Wrinkles from storage, which I have tried to show with some side lighting. Sheet: 15 1/4 x 14 3/4 inch. Image: 12 1/2 x 11 3/4 inch. This item is in the category "Art\Paintings".matter" and is located in this country: US.